Symbiosis between humans, plants and microorganisms

Symbiosis between humans, plants and microorganisms.

Beer does not differ from wine by the alcoholic fermentation but by the saccharification of the starch. This step is essential for the yeasts to find fermentable sugars.

These two biochemical transformations (starch => sugar ; sugar => alcohol + CO2) are catalysed by enzymes. The production of beer is tantamount to provoking, guiding and controlling a complex microbiology. The germination of cereal grains, the saccharification of starchy tubers, the control of amylolytic ferments, the acidification of musts by bacteria, the work of yeasts, all this is part of the finely regulated metabolism of microorganisms.

For thousands of years, brewers have been microbiological engineers ahead for their times. The complex biochemical reactions result from the activity of various microorganisms or the metabolism of germinating grains. Even the acid hydrolysis of starch, the purely chemical pathway no. 6, results from the activity of living organisms, bacteria and fungi that produce organic acids.

Humans have not created in Saccharomyces the two metabolic pathways of glycolysis: aerobic or anaerobic. The mutation that allowed it is probably contemporary to the fruit plants that appeared in the Cretaceous period. The doubling (copying) of its genome and successive genetic rearrangements are responsible for this. Being able to multiply without oxygen and live in an ethanol-rich environment was an evolutionary advantage[1]. The acetic bacteria depend on the work of the yeasts to multiply. It took millions of years for the Saccharomyces-acetobacter cooperation to operate on the entire surface of the globe.

In 1680, Leeuwenhoek observed for the first time a yeast under the microscope, without however establishing a direct relationship with alcoholic fermentation as a biological process, which is still poorly defined. Before the yeast culture developed by the microbiologists of the 19th century, the brewer did not handle yeasts. He harvests yeast from the bottom of the beer jars or from the foam of beer in the middle of fermentation. They are complex mixtures of yeasts, bacteria and proteins[2]. Similarly, the analysis of amylolytic ferments from Asian and Amerindian brewers has revealed complex combinations of bacteria, moulds and yeasts[3].

As we have pointed out, the biological contact between starch and the microorganisms that are able to saccharify it is not spontaneous in nature (Myth of Spontaneous Beer). Man must intervene. In human history, the Neolithic period intensifies the biological interactions between humans and the microscopic world. Humans, cultivated plants and domesticated animals now live in the same space-time: permanent cohabitation in the field, garden, enclosure, village, house, in all seasons.

The Paleolithic hunting and gathering offered very regular interactions between the human microcosm (bodies and tools) and nature (plant-animals), but without prolonged cohabitation or accumulation. A Neolithic human settlement (village, camp, proto-city) implies the promiscuity and multiplication in the same place of human bodies, plants (granaries), domestic animals (enclosures, stables), parasites, materials of plant or animal origin, food and beverages. What a breeding ground!

The anthropogenic microbiological ecosystem was transformed in the Neolithic period. Man learns to use microorganisms, seeing only their multiplication (mycelium, moss, lees, sediment, vinegar mother or mycoderma, etc.). Or detecting only the effects of their metabolisms by sight, smell, taste and even the ear. The food techniques, the economy and the relationship of men with the invisible are modified as a result.

Recent research focuses on the opposite feedback: the influence of human actions on yeasts, fungi and bacteria during prehistoric times. For example, if humans were able to use the metabolism of Saccharomyces for alcoholic fermentation, were these yeasts not modified in return, like the characteristics of domesticated plants or animals? Has the Asian or Amerindian culture of amylolytic moulds (Amylomyces, Mucor, Aspergillus) on cooked starch carriers favoured certain strains of yeasts such as S. pastorianus or S. pastorianus Fibuligera for more than 2000 years?[4] 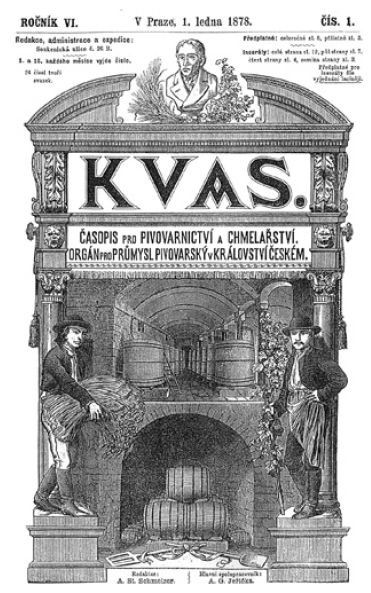 The "acid beer-fermented dairy " complex of the semi-nomadic peoples of Asia and Central Europe has not altered the balance between lactic acid bacteria, acetic acid bacteria and saccharomyces. The analysis of fossil yeast genomes is one way of understanding the influence of human activities on wild yeasts. Brewing is one of the main interfaces between human activities and microorganisms.[5].

There are many examples of symbiosis. For thousands of years, the action of microorganisms has improved human food and its fermented beverages. The fermentations are the ultimate road to improve raw edible products.Whether alcoholic, lactic, acetic or butyric, the fermentations enrich with vitamins and amino acids the plant substrates made assimilable and digestible[6].

[1] McGovern Patrick 2009, Uncorking the Past. The Quest for wine, beer and other alcoholic beverages, 5-6.